The CIEP's digital services director is Richard Hutchinson. You can contact Richard by emailing .(JavaScript must be enabled to view this email address).

After more than twenty-five years as a software engineer Richard chose to pursue a career as a freelance proofreader and copyeditor, and naturally turned to the SfEP for advice and training. He joined in 2011 and became an Advanced Professional Member in 2013. He works mainly on academic books and papers in maths, physics and computer science, but has been known to work on theology, history, literature and anything else he can get his hands on.

Richard is now based in Norwich; in his copious (ha!) spare time he is slowly working his way round the pubs of that fine city. His other hobbies are binge-watching and washing up. 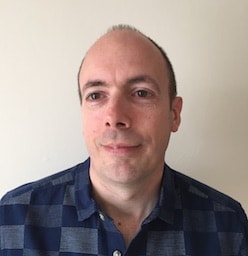