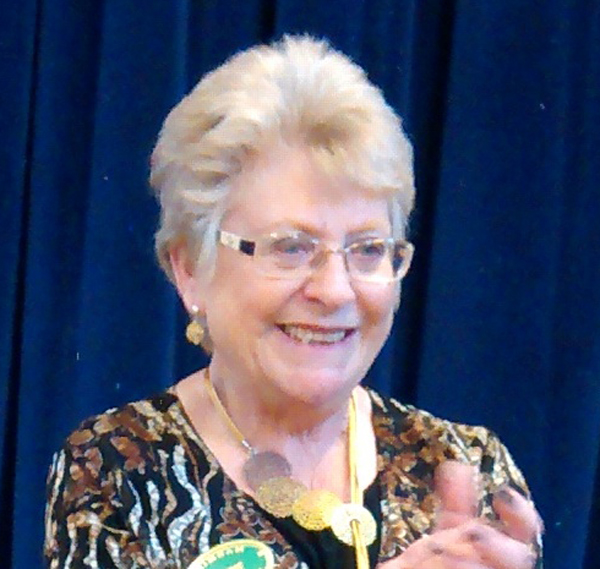 I started copyediting and proofreading (and also indexing) well over 40 years ago, having been encouraged by the Librarian at a medical firm. With a Classics Degree and a love of English, I found I was interested in medical subjects (the medical Latin terms not being a problem), and later I offered Gardening and Cookery as subjects. I founded SfEP with Norma Whitcombe way back in 1988 for support among the many freelance editors.

In the past, many of the medical laymen books I edited for Class Publishing, working with both publisher and authors.

Recently, I have edited, proofread and indexed a Cookery book for the NFU, which involved interviewing farmers as well!

Contact colleagues in SfEP, or use the online forums.

What does being a member of the SfEP mean to you?

Everything, as it was my baby along with Norma, who originally suggested the need for a society such as this. It has grown so much over the 30 years, and changed with the times involving now so much digital editing.

Sorting a muddled text. I have been involved in two books that particularly come to mind. One was a cut and paste job, involving pasting in new copy into an old edition on teaching nutrition and cookery, and the other was a book on proofreading, where the author was not at all sure about the difference between proofreading and copyediting himself!

Yes – being given less and less time to edit, rather than spending much time on what original typesetters used to do.

How many friends I have made from colleagues and how satisfying it is to turn a text into something readable and enjoyable.

Not to be afraid of standing up and talking. Because of SfEP, I can now talk to a roomful of people, and my career has developed also into teaching new copyeditors, proofreaders and indexers.

Make sure you have a proper grounding in English grammar, and you can say why something is wrong. There was a generation of young people who were never taught grammar, and therefore sadly don’t know what they don’t know, and this can cause problems later.

No! I can still get annoyed about poor editing in any book, be it fiction or non-fiction.

I am a quilter and teach this to all sorts of groups in England.