The CIEP's community director is John Ingamells. You can contact John by emailing .(JavaScript must be enabled to view this email address).

John came to freelance editing later in life having first pursued a career in the Diplomatic Service followed by 10 years in the City. He served as press attaché at the British Embassy in Buenos Aires from 1990 to 1994, giving him an early appreciation of the importance of careful and accurate use of language.

He joined the then SfEP in 2015 and was elected to the CIEP Council in 2021, taking over the community remit. Since becoming a director, John has worked with the local groups in navigating the challenges of returning to in-person meetings after the pandemic. He has overseen the completion and publication of a new guide for local group coordinators and helped get three new special interest groups up and running.

John had been a forum moderator for a few years before joining the Council, giving him valuable background for his directorial role in overseeing the team of moderators. He has helped bring four new moderators onto the team. 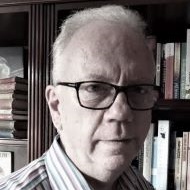