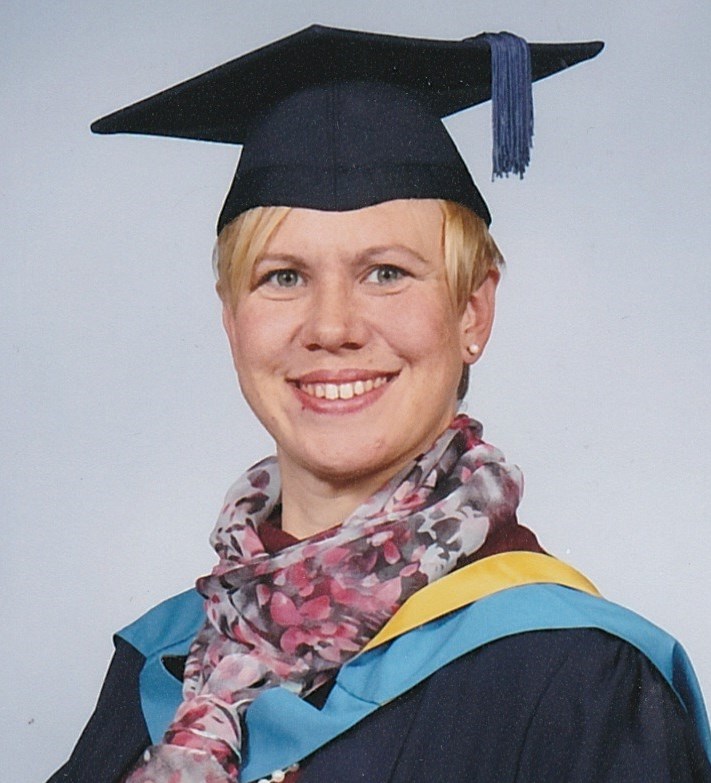 Firstly, I became an editor because since I was fifteen I have wanted to do a job involving writing. I eventually came to my role as a freelance editor last year after completing my history degree with the Open University.  I needed a paying job I could do around my three children (aged 4, 5 and 8). A fellow graduate suggested I gave it a go and I love it.

I have an English Literature A Level as well as a Bachelor's degree in European history. I also have a seven-year history in administration which required excellent written English. Since joining, I have completed the introductory course on proofreading and have made substantial headway through the copyediting course. I have also been working closely with the owner of Bolide Publishing: a small press based in Glasgow, which focuses on science-fiction and fantasy.

I was on the editing team of the science-fiction novel, Starstruck by S. E. Anderson which was released on May 4th this year. I have already been booked to work on the next book in the series. I have also been asked to work on a book by one of the authors I worked with when I first started up.

It's simple. Consult the client. I will also ask advice from another editor. Never be afraid to ask the question.

What does being a member of the SfEP mean to you?

It feels like I've made a serious step towards a long and worthwhile career in helping authors to improve their craft and I am immensely proud to be a part of this organisation.

Story and character development is always the most fun. Here is the chance to help the author to perfect their world and bring their plot to life. While I enjoy putting the polish on the story with copyediting and proofreading, there is little substitute for getting involved with a new story.

Yes. First is profligate comma usage. The second is the use of overly flowery language and descriptive passages which hide the fact that the characters are shallow and the plot is non-existent. They can generally get away with the flowery language if the plot is good but if it isn't good, the extravagant style can really bring attention to the lack of story.  This usually happens when an author is more concerned about showing of a huge vocabulary than they are with plot and character development. The other part of this problem is when they haven't outlined or done any self-editing before sending me the manuscript. Thankfully, these problems can often be picked up in the sample and I can warn them of some of the problems but, because I deal with a lot of new independent authors, I am not always that lucky.

The welcome and encouragement I have received from writers and other editors over the last year has been phenomenal. I had previously been led to believe that embarking on any form of writing career was tantamount to diving into a shark tank while smeared with meat paste. It has been a very pleasant surprise to have found this to be wrong.

Keep taking courses and keep up with writing style trends.

As with anything, practice is the primary tool. The other is visibility. You need that Twitter feed, blog and public profile. It's no good to call yourself an editor and then sit and wait for the emails to pour in. It won't happen. I joined about six writer's groups on Facebook, set up a business page and a good website.  I also did a couple of gratis jobs to show what I could do and start to build a portfolio of work in return for recommendations and testimony. There are also some very good skill swapping services about which can help you get experience.

Yes. When I am writing. I have recently completed my second draft of a fantasy novel which is currently with my own editor. I plan to publish in November.

I am a historical reenactor with the Bifrost Guard in Wellingborough. We are Vikings and our period stretches multiple regions between the 6th century through to about 1066, with every member taking on a century and a region. Mine is 10th century Iceland. We take part in numerous shows and events throughout the year, in and around Northamptonshire, and our aim is not only to entertain with combat displays and battle demonstrations but also educate the public about the living history of this fascinating range of cultures and customs.