The CIEP's organisational director is Martin Walker. You can contact Martin by emailing .(JavaScript must be enabled to view this email address).

Martin worked for over 30 years in public service, focusing on planning, housing renewal and urban regeneration. Before taking early retirement in 2010, he began to explore options for a change of career to proofreading and copyediting, having always been interested in words and having a reputation with colleagues for correcting their texts.

Martin has worked as a proofreader, copyeditor and project manager in a variety of publishing fields, with an emphasis on education publishing in various forms.

Martin is a trustee of his local culture and leisure trust, which runs local services, including sports centres and an art gallery. He helps to run the Youth Brass Band Entertainment Championship of Great Britain, and plays tuba in a community brass band. Having (probably) retired from running marathons, he limits himself to races from 5K to half marathons now. He also has an organic allotment for ‘relaxation’. 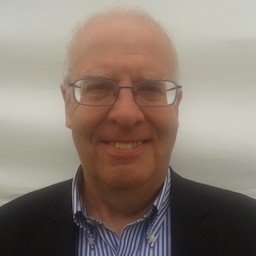