Home · About · Meet the team · Equality, diversity and inclusion director

The CIEP’s EDI director is Luke Finley. You can contact Luke by emailing .(JavaScript must be enabled to view this email address).

Although he briefly worked in publishing at the end of the 1990s, most of Luke’s working life before 2014 was spent in the voluntary and public sectors. He coordinated community-based anti-racist campaigning and education, wrote and implemented community relations policy, and contributed to a range of other equality, diversity and inclusion work.

With budget cuts making local government employment increasingly insecure, Luke began planning a career move in 2012/13, doing voluntary editing for charities and taking CIEP (then SfEP) training courses. He has been a full-time copyeditor and proofreader since 2014, working mainly on social policy, development and politics texts. His diverse mix of clients includes think tanks, charities, academic publishers and businesses, with a few wildcards like travel agents’ websites and development edits of memoirs thrown in for variety.

Luke has sought to be an active CIEP member in various ways since he joined – writing for Editing Matters for three years and delivering or facilitating several conference sessions, among other things. He has been an advocate of plain English since working in local government, and in 2018/19 he co-wrote, with Laura Ripper, the CIEP’s ‘Plain English for Editors’ course and a new edition of the CIEP guide on the subject. He also coordinates the North East local group jointly with Kia Thomas. 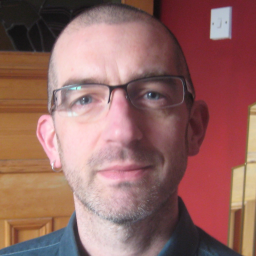