Virtually from the beginning of its life as a Society, the SfEP (now the CIEP) has honoured some of its members for the contributions they have made to the SfEP in particular and/or to the editorial profession in general. In addition, it has singled out two people – the honorary president and the honorary vice-president – from outside the membership to honour in the same way.

First the SfEP committee and later the SfEP Council recommended these individuals, who were then elected to honorary membership at an annual general meeting.

Honorary members can take advantage of all the CIEP's benefits and attend training courses and conferences for a preferential fee. They don't have to pay an annual subscription – although it has become a tradition that most, if not all, of the honorary members make ex gratia payments to the Institute annually equal to or more than the subscriptions they would have paid.

At the 2011 AGM at St Catherine's College, Oxford, the membership voted that new honorary members would no longer be elected from within the membership. In effect, this means that, from now on, there will only ever be an honorary president and one or two honorary vice-presidents. To honour the contributions of CIEP members in future, the Judith Butcher Award was established at the same AGM.

The SfEP membership have elected the following individuals as honorary members since 1988:

The SfEP's honorary president from 1988 was Judith Butcher. Sadly, Judith passed away on 6 October 2015.

Judith Butcher was perhaps best known as the author of Copy-editing – the classic editorial reference in Britain and around the world since it was first published by Cambridge University Press in 1975. Having learned her editorial skills on the job at Penguin Books, she joined Cambridge University Press as a subeditor in 1963, becoming chief subeditor within two years.

The house manual that she compiled formed the basis of Copy-editing. New editions appeared in 1981 and 1992. The latest edition (updated with the help of Caroline Drake and Maureen Leach and published in 2006) is called Butcher's Copy-editing, in recognition of the fact that her name, like that of Horace Henry Hart in Oxford, has become synonymous with editorial best practice. 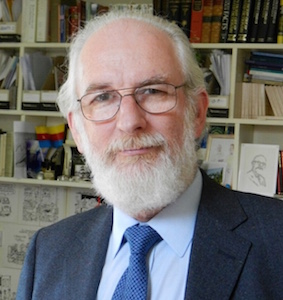 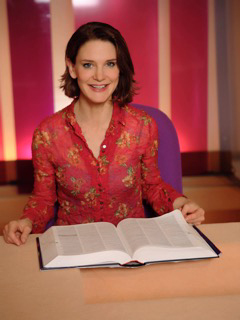 Susie was elected honorary vice-president of the SfEP in January 2016.

A founder member of the Society, Gillian Clarke set up the SfEP training programme and was its training coordinator for eight years. Having had the benefit of thorough on-the-job learning as an employee in publishing, she has always been keen that everyone should be able to access suitable training in order to work efficiently and happily.

She enjoys teaching proofreading and copyediting to newcomers to editorial work, both freelancers and in-house staff, and is the senior author of the popular course from the Publishing Training Centre Basic Proofreading by Distance Learning, now being revised for its fifth version.

A founder member of the Society, Naomi Laredo joined its first committee as secretary, later becoming PR coordinator, and was a member of the team that drew up the first code of practice. After a spell on the Accreditation and Registration Board, she returned to the committee in 1999 and served as chair from 2000 to 2004. During this period, the accreditation test in proofreading was introduced and the Society became a limited company.

A founder member of the Society, Kathleen Lyle spoke at the first conference in Cambridge in 1990 and was the only member to have attended all of the SFEP/SfEP conferences, where she regularly gave workshops on aspects of on-screen editing in Word. She served on the committee as membership secretary (1992–96) and then as chair (1996–2000). During that period the Society set up a website, an email forum and an on-screen editing course.

Until she retired in 2019, she was also a member of the Society of Indexers, Mediterranean Editors and Translators, and the Board of Editors in the Life Sciences.

After leaving university with a classics degree, Michèle Moody worked in special medical libraries before going freelance in the late 1970s as an editor, proofreader and indexer, mainly in the fields of medicine, cookery and gardening. In 1988 she helped Norma Whitcombe set up the SfEP and became its first membership secretary, then became its chair following Norma's death a year later. She also served as chair for the Society of Indexers, helping to bring in a new simplified system for council and then an executive board. Her main areas of interest include gardening, cookery, quilting and walking, now that she has retired from medical editing. She now runs adult workshops in both her professional and interest fields.

Having trained as a bilingual secretary and subsequently retrained as a teacher of office skills and business studies, Val Rice also worked as an examiner of shorthand and office skills. Joining the Society in 1995, she was elected to the committee four years later as local groups coordinator and drew up the guidelines for them. She became treasurer in 2001 and introduced a computerised accounting system. She also acted as office manager and helped to set up the office at Riverbank House. Together with the then chair Naomi Laredo, she worked towards the incorporation of the Society and its relaunch as the Society for Editors and Proofreaders in 2003 and became finance director and company secretary. She was also a member of the conference organising committee between 2003 and 2006.

Val's booklet Starting Out: Setting up a small business, published in 2006, was the first in a series of SfEP guides.

Rosemary Roberts has worked in publishing since 1975, first as an editor on Grove's Dictionaries of Music, and thereafter in academic and reference publishing. She was chief copyeditor of the Oxford Dictionary of National Biography and in 2005 was awarded the MBE for services to scholarship for her work on that. She became managing editor at Thames & Hudson in 2007, where she gained experience of trade publishing – a late and very interesting diversion from the academic field.

Alongside her in-house appointments, she has taught for the SfEP, PTC and corporate clients, specialising in copyediting skills and editorial strategies. She now works as a freelancer for Oxford University Press and other scholarly publishers, while continuing to teach.

Having joined the Society in 1989, Christina Thomas was a committee/Council member from 1999 to 2005. She was editor of the newsletter CopyRight and then the magazine Editing Matters for ten years, and oversaw the print version of the directory in 2000 and 2001. She has run conference workshops, chaired panel discussions and introduced speakers. Currently she delivers in-house training on behalf of the CIEP as well as teaching two courses.

Christina began her freelance editing career in 1989, initially editing for publishers, then for non-publishers working on corporate brochures, newsletters and directories and websites. She is author of the CIEP guide Your House Style: Styling your words for maximum impact, and is a tutor for the Publishing Training Centre.

Penny Williams joined the SfEP in 1995 and from 1999 to 2008 was a committee/Council member, serving as chair from 2004. During this time, in-house training courses began; the Sue Thomson Foundation grants, the Professional Development Board and the C&G Licentiateship in Editorial Skills were set up; and an executive secretary was hired.

After various jobs, a lot of travelling and running a small business, Penny started her editorial career in 1985. With the help of excellent mentors she learnt her skills on the job, specialising in economics, business and contemporary art. She is gradually winding down her business, though this may take some time.